Shopping Cart
Your Cart is Empty
Quantity:
Subtotal
Taxes
Shipping
Total
There was an error with PayPalClick here to try again

Thank you for your business!You should be receiving an order confirmation from Paypal shortly.Exit Shopping Cart

Please fill out the form below if you wish to be added to our customer list. Please use the mobile number for a faster response. All e-mails will be responded to at our earliest convenience, however a telephone call is always advised for prompt assistance. 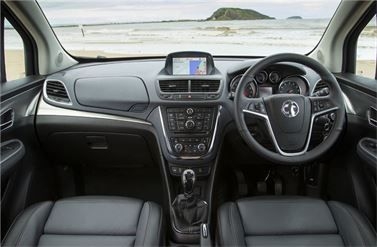 *Locked out of your car

Some key car security tips Looking after your car is not as difficult as you may first think it is. There are plenty of things you can do to ensure that your car is secure at all times. This article will run through a couple of those things so that you are better prepared for any security issues that may crop up. If you are going to park your car anywhere at night then find a secure and well-lit car park. This will be covered by CCTV and the well-lit aspect means that the vehicles in the secure car park are naturally more secure than they would be in any other car park. Be sure also to have the vehicle’s serial numbers etched into the windscreen if possible. This is a surefire way of ensuring that the car is not stolen, because if thieves see this, they will be reluctant to steal it. To steal it and to do so successfully they would have to put the windscreen through, which no one wants to do. Keep the car as tidy and as clean as possible. This is much more effective than you think when it comes to cars. Thieves will not see any bulging bags or other rubbish or even just your stuff that you leave in a car. Without sight of these, they will not be opportunists, and will simply bypass the vehicle because it doesn't seem to have any value in it. Keep your keys safe too. This is a most important part of things, because keys means full access. If you do lose your keys, then quickly contact an auto locksmith in Leeds for a quick and effective solution. So those are just some ideas for making your car more secure. Be as sensible as you can with this, because your car is often your second biggest asset after your house.

How to be prepared with car locksmiths Because being locked out of your car is quite possibly one of the most awkward and stressful situations you could face (especially if you are in the middle of nowhere when it happens) it pays to be prepared. This means finding a good car locksmith in Leeds before the worst happens. Then, keeping the details of the locksmith handy should mean that you are never caught out when the worst happens. First of all, build a list of as many professional locksmiths as you can in the local area. Obviously, they should really specialise in car locks rather than have this particular field as an additional one alongside standard locksmith work. You need the expertise that specialisation brings really. Once you have your list of locksmiths you then need to whittle them down by contacting them and asking about prices and processes. Don't be afraid of choosing a cost-effective locksmith. Many people think this means that the quality is a problem, but this really isn't the case. In fact, with so many high quality locksmiths around, a low price usually means that you are working with a very high quality team of professionals. Go online and look at the website of the locksmith. You're looking for reviews, and the more detailed these reviews are the better. Look for situations that you are worried about and see if these are mentioned in any of the reviews, such as being locked out of the car in the driveway, for example. Then see how the company responded and how positive the review is. Your main aim is to be prepared with a list of locksmiths that have great websites and reviews. This way you know that when the worst happens, you are able to find a number to call that you can trust.Motorkeys Auto Locksmiths provide Auto Locksmith services in the Yorkshire areas replacing Lost Car Keys, Broken Car Keys, Snapped Car Keys, Spare Car Keys, Replacement Car Keys, Locked out of my car, throughout the Yorkshire regions. Leeds, Wakefield, Castleford, Barnsley, Normanton, York, Harrogate, Goole, Pontefract, Bradford, Huddersfield, Halifax, Guiseley, Harewood, Beeston, Middleton, Belle Isle, Hunslet, Cross Green, Potternewton, Chapel Allerton, Weetwood, Bramhope, Cookridge, Bramhope, Yeadon, Rawdon, Thackley, Greengates, Calverley, Thornbury, Farsley, Pudsey, Stanningley, Moortown, Armley, Headingley, Meanwood, Tong, Birkenshaw, Gomersal, Gildersome, Drighlington, Ossett, Crofton, Lofthouse, Robin Hood, Tingley, Liversedge, Heckmondwike, Castleford, Goole, Barnsley, Royston, Cudworth, Wombwell, Denby Dale, Pontefract, Otley, Ilkley, Guiseley, Bingley, Brighouse, Elland, Cleckheaton, Hemsworth, Fitzwilliam, Garforth, Tadcaster, Selby, Sherburn in elmet, Wetherby, Knaresborough,